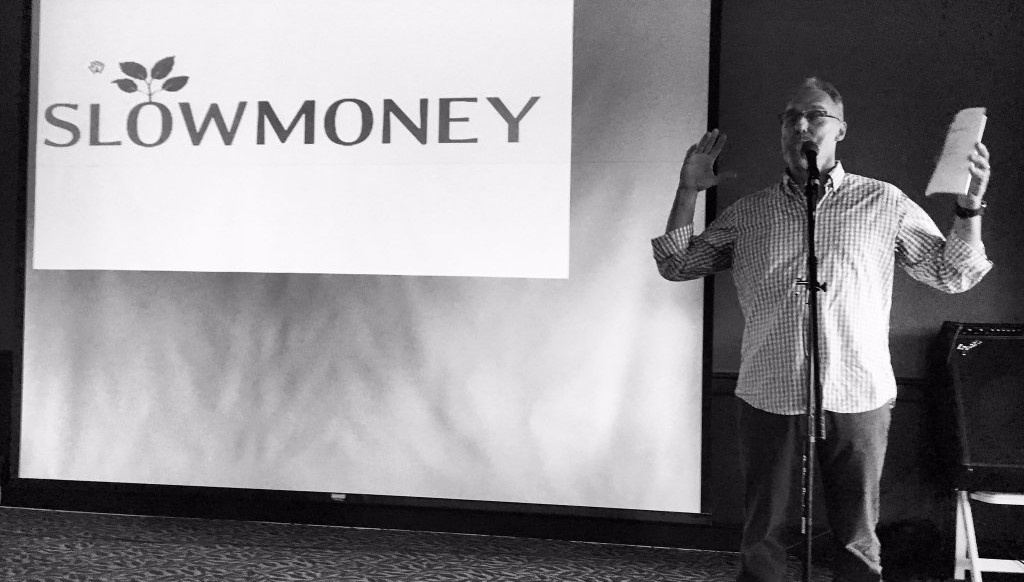 "What would the world be like if we invested 50 percent of our assets within 50 miles of where we live?" Woody Tasch

Approximately 100 people convened on a Tuesday evening in May, for the second Slow Money Minnesota Gathering., which took place at the Como Dockside Restaurant in St. Paul. People gathered to hear Slow Money founder Woody Tasch and hear presentations by  farmers and entrepreneurs as well as  investors.  Noshing on delicious hors d’oeuvres provided by area food-makers, attendees explored and connected over ways to finance a local food economy. This second gathering not only strengthened local connections and honored the movement’s founder and vision, but also marked progress at the local level with the launch of a new Slow-Money-style, micro-loan fund: the Grow A Farmer Fund. 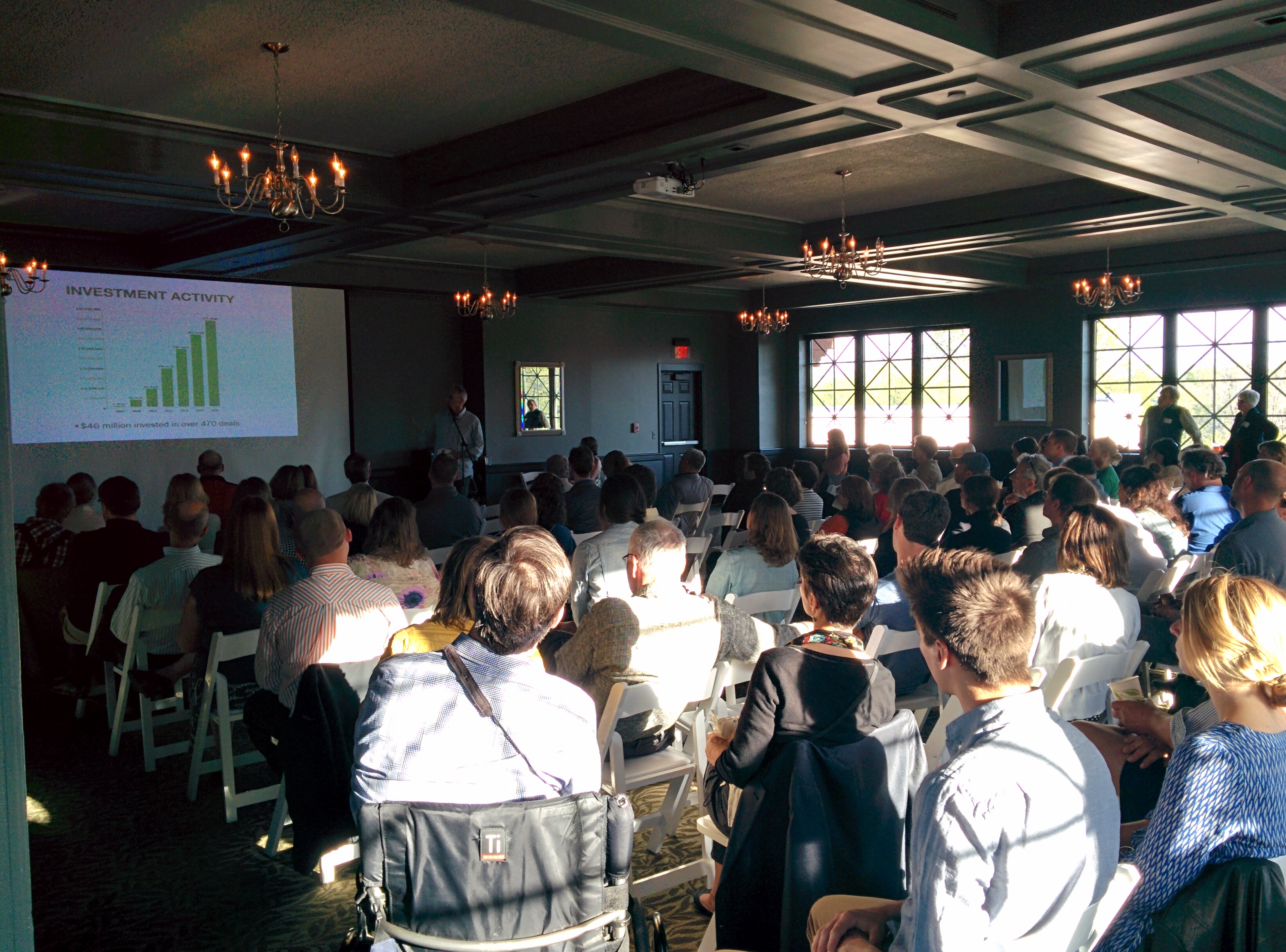 The evening began with reflections on the progress made in the past year. Zach Robins, co-founder of MNvest, gave an update on the MNvest legislation, which allows for the establishment of online investment portals, saying that it will finally be launched at the end May. This mechanism will allow the average person to invest in Minnesota entrepreneurs, like local food-makers and farmers (you can learn more about MNvest here!). Cooperative Principal, an investment club that focuses on financing cooperative businesses had also been successful in the past year. The group had grown from 10 members with $5,000 invested, to 19 members with $15,000 invested in co-ops (check out our previous blog posts about Cooperative Principal and investment clubs). The local food entrepreneurs that spoke shared equally positive updates about their businesses. In the past year, they’d been able to raise most, if not all, of the money needed to take their business to the next level.

Next, Woody Tasch gave a talk in which he synthesized ideas from renowned thinkers and politicians, sharing the philosophy and impact of the Slow Money movement.  Woody explained how he arrived at a place where financing farmers felt like the next step in his journey. Having spent years exploring different ways of raising money--philanthropy, venture capital, and social investment-- Woody found that these weren’t doing enough to create the world he wanted to see. As he explained, “the only thing I could think to do that was 100 percent positive... was to make a loan to a small organic farmer near where I live.”

It was from this belief that Woody started Slow Money, a nonprofit organization as well as a movement that works to reimagine traditional attitudes about money and economy through investing in a local food system. At it’s core, Slow Money is about moving from the Wall Street paradigm of investing--opaque, in personal, indirect, and short term--to investing that is direct, personal, long term, and transparent. It’s a grassroots effort, and blurs the distinctions between investing and philanthropy.

In a nutshell, its loans and investments go to finance farmers and food-makers. In the 6 years since it was founded, Slow Money networks have passed 473 deals, moved 46 million dollars in 30 communities to farmers and food-makers. It’s a movement that brings together folks from many economic means and backgrounds in a variety of non- and for- profit investment clubs and loan funds. The money goes to equally diverse projects, from a local food delivery company in California to rooftop gardens in Brooklyn, NY.

This grassroots vision is essential to Slow Money Minnesota's new Grow A Farmer Fund. A donation based fund, this micro-loan program will provide loans up to $15,000 to small farmers and food makers in southern Minnesota. Specifically, it caters to farmers who might not otherwise qualify for other loans or have difficulty fronting costs, like some traditional loan programs require. As John Mesko, the director of the Sustainable Farmers Association illustrated to the group, how, as a beginning farmer a $350 tractor part completely changed his and his family’s lives, explaining, “ This kind of loan would change a lot of things. Don’t underestimate mini loans!” Throughout the evening, multiple similar examples were given about the impact and ripple effect a small loan can have in the life of a farmer or food entrepreneur, amplifying the potential of a small loan program in Minnesota.

Interested in helping grow a farmer or applying for a loan? More information on the Grow a Farmer Fund here!